On September 18th, representatives of Google, Facebook and Twitter met with members of Congress to discuss ways to curb extremist behavior on social media. They referred to the Christchurch, New Zealand Mosque attacks this past March. Remember? That was another mass shooting. That time the terrorist was a white supremacist; the victims Muslim worshipers.

What Happened in Christchurch?

You can’t have it both ways. If we don’t allow one set of beliefs, then someone else is limiting our ability to make our own decisions about what we do or do not believe. That isn’t religious freedom; it’s mind control. What we do limit are actions that harm others and their property. And that applies to actions based on religious or nonreligious beliefs.

During Friday prayer services on March 15, 2019,the gunman videoed the first of two attacks on Facebook Live, and played military and anti-Muslim music while carrying out the massacre. In all, 51 people were killed, and dozens injured.

When I heard about the attacks, I was horrified and saddened, like most of us are whenever these mass shootings occur. My heart went out to the people of New Zealand. I felt so helpless, I wished I could do something. I wasn’t in the best place to be of help; I was trying to get back in the saddle after three years of medical issues and the loss of my fourth guide dog, Hunter.

I had just started working with Patty Fletcher of Tell-it-to-the-World Marketing. We were trying to jump-start my novel The Heart of Applebutter Hill. A couple of months later, Patty suggested that I submit something to an exciting and unique project, which I did. I soon learned that I am one of ten traditional and independent authors from around the world selected to contribute to the Haven project, sponsored by Plaisted Publishing House, Ltd. New Zealand.

Butterfly on Milkweed Flowers in Various Stages of Bloom: photo by Rich Hill.

Proceeds from the sales of Haven, A Special Edition Anthology of Short Stories, memoir and poetry, go to charities supporting the Muslim community in the aftermath of the Christchurch mosque terrorist attacks. “Butterflies & Me,” my breast cancer survival story, was chosen for inclusion in the book.

“Haven,” says Claire Plaisted, of Plaisted Publishing House, ”is dedicated to those who lost their lives in the Christchurch Terror Attacks and their Surviving Families, as well as the Public Heroes, Police, Ambulance Personnel, hospital staff and all who assisted during this crisis.”

Meredith Lee Burton, another Tell-it-to-the-World Marketing author is also a contributor. In fact, she has two pieces in Haven: “Journey to Freedom” and “The Physician’s Magic Medicine.” Meredith’s ability to create modern versions of fairy tales that elevate the human experience in new directions is pure genius. She has several books out including Blind Beauty and Other Tales of Redemption and her latest Rebecca’s Refuge.

Getting the Word Out

For most of my life, I’ve been writing press releases for one thing or another. Initially, when we lived in the Philadelphia area, they were about my music. The local newspapers, radio and TV stations covered everything from my work as a street performer, awards for special songs, my three albums and my performances everywhere from local schools and churches to events concerning disability rights sponsored by the federal government.

Then, when computers came along, things got a lot easier and cheaper. No more sending things snail mail, and I could write, edit and send without help. I donated my services to the National Federation of the Blind (NFB) of Pennsylvania, the NFB’s Performing Arts Division, and the NFB’s Writer’s Division. I had great luck getting things posted around the nation. I always feel a secret pleasure when a newspaper just publishes my press release.

So, I went to work, writing press releases for our local area here in Pennsylvania’s Endless Mountains, my old stomping ground in the Philadelphia area and my hometown of Easton, Pennsylvania. The first person I heard from was Julia Owens from Lehigh Valley Live, an online news source encompassing Easton, where I grew up. Here is the article she wrote after interviewing me. https://www.lehighvalleylive.com/easton/2019/08/this-easton-native-was-one-of-ten-authors-chosen-for-an-international-writing-project.html

A couple of our local papers, including the Wyoming County Examiner, gave me a taste of that secret pleasure of having my press releases printed virtually verbatim, and with the two photos I included . Someone in our dentist’s office cut out the article, glued it to a postcard and mailed it to us. We got a fresh copy from the Examiner’s Tunkhannock office. It’s not online, so we scanned it.

This article from the 7/28/19 edition of the Wyoming County Examiner (Tunkhannock,PA) contains Donna’s press release and two pictures she sent to the paper.

Haven is available through Lulu.com

The Heart of Applebutter Hill by Donna W. Hill 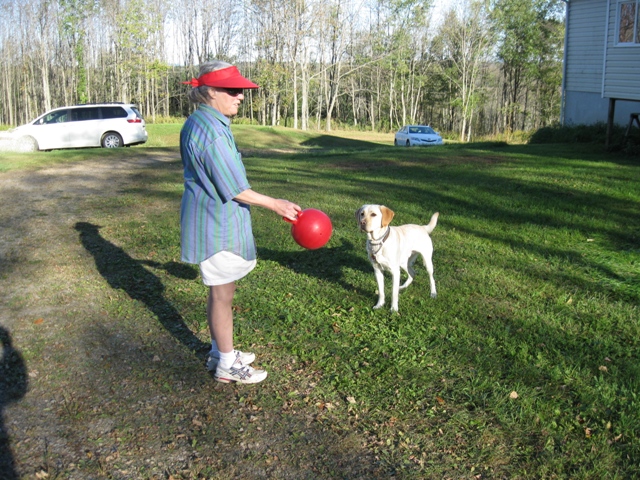 Facebook Fan Page for The Heart of Applebutter Hill: https://m.facebook.com/TheHeartOfApplebutterHill/

Donna W. Hill is a writer, speaker, animal lover and avid knitter from Pennsylvania's Endless Mountains. Her first novel, The Heart of Applebutter Hill, is an adventure-mystery with excursions into fantasy for general audiences. Professionals in the fields of education and the arts have endorsed it as a diversity, inclusion and anti-bullying resource for junior high through college. A songwriter with three albums, Hill provided educational and motivational programs in the Greater Philadelphia area for fifteen years before moving to the mountains. Her essay, "Satori Green" appears in Richard Singer's Now, Embracing the Present Moment (2010, O-Books), and her cancer-survivor story is in Dawn Colclasure’s On the Wings of Pink Angels (2012). From 2009 through 2013, Hill was an online journalist for numerous publications, covering topics ranging from nature, health care and accessibility to music, knitting and chocolate. She is an experienced talk show guest and guest blogger and presents workshops about writing and her novel for school, university, community and business groups. The Heart of Applebutter Hill is available in print and e-versions at Amazon, B&N, Apple, Sony, Smashwords, Create Space and other outlets. It is also available through Bookshare for readers with print disabilities.
View all posts by Donna W. Hill →
This entry was posted in authors, Blind Beauty and Other Tales of Redemption, Christchurch Mosque Attacks, Claire Plaisted, Haven, Meredith Burton, New Zealand, Patty Fletcher, Plaisted Publishing, PR, Rebecca's Refuge, Tell-it-to-the-World Marketing, Terrorism, The Heart of Applebutter Hill, Uncategorized, Wrighting and tagged author, authors, Blind Beauty and Other Tales of Redemption, Facebook, Freedom of Speech, memoir, Meredith Burton, New Zealand, Patty Fletcher, poetry, Press releases, Rebecca's Refuge, Short Sttories, social justice, Tell-it-to-the-World Marketing, Terrorism, The Heart of Applebutter Hill. Bookmark the permalink.