Novel or Scrapbook: the Benefits of Being a Writer

A Goodreads member recently asked my thoughts on the best thing about being a writer. The following is based on my answer.

My first inclination was to make it clear up front that in enumerating the wondrous world of the writer, I am in no way advocating it. If you aren’t driven to write, you’ll find little comfort in the joys of being a writer. If you are, you don’t need a sales pitch. So, there, I’ve said it. What does it say about me that I felt the need to start with a disclaimer?

The Joys of Writing: Crossing the Great Divide 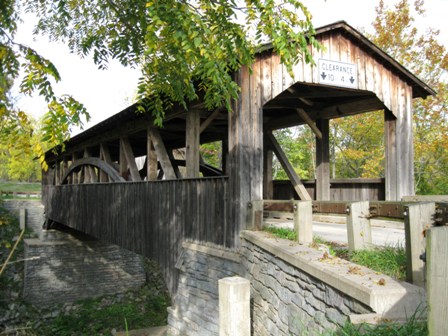 Writing, like all endeavors purposefully pursued, brims with both benefits and burdens. The burdens of being a writer — such as the pain of finishing a beloved story, the agonies of writer’s block and the sucker punch of criticism that comes out of left field — will have to wait for another time.

Writing has brought me countless hours of joy, as I abandon myself to the creation of stories and articles, pushing the boundaries of my understanding of life and language in the search for words and structures that will enable something to pass between the abyss of one human being’s reality and another’s — something we call communication. Certainly one of the best things about the craft is the sense of satisfaction and the power of creating something that means something. If someone else appreciates it, so much the better.

Fiction insists that we create a reality, but does not bind us to what purpose that reality will serve, how closely it mirrors the “real” world or in what ways it comforts, disturbs, challenges or affirms us, both as writers and readers. In my novel, The Heart of Applebutter Hill, my primary intent was to explore the possibility of engaging the reader in a fast-paced adventure that bridged reality and fantasy, while shedding light — through osmosis — about the realities of life in the gray area between the blind and sighted worlds.

I made up the setting — creating a fictional land, characters and possibilities that blend science fiction and fantasy, using bits and pieces of the settings of my life. In many ways, the novel is a scrapbook for me, as it incorporates locations, buildings, animals, people and incidents from every stage of my life.

The upper school at the Plumkettle Learning Center — the “blocky, two-story, red-brick, relic of the 1920s” — is based on Pennsylvania’s old Easton Junior High School. The cafeteria, auditorium, library and stadium are in the same locations as they were back in the ’60s, though in reality Butler Street was behind the building, not in front of it. The Upper Nickel, the high-tech room in which students experience 3-D excursions to Westminster Abbey and the Parthenon, complete with olfactory and tactile sensations, jumps the line between “almost possible” and science fiction. The powerful Heartstone of Arden-Goth, Rutherford and the Cloud Scooper are totally in the realm of fantasy.

Applebutter Hill is the road in Coopersburg, Pennsylvania where my mother’s family is buried. When I first heard the name, it had an immediate and transformative impact upon me. The fictional Applebutter Hill incorporates bits of Easton, the Germantown section of Philadelphia and Glenside in Montgomery County, where I lived prior to moving with Rich to the Endless Mountains.

Morganheim and Elfin Pond Road, the country setting of the book where Baggy, Captain Sodpeg and the Blusterbuff’s live, is based on our current surroundings. The Castle of Bargundoom is a massive exaggeration of the Grey Towers National Historic Site in Milford, Pennsylvania, the ancestral home of Gifford Pinchot, (1865-1946), first Chief of the US Forest Service and twice Governor of Pennsylvania.

Fiction: a Vehicle for Memorializing Lost Loved Ones

Dealing with loss is a problem that plagues us all. Being a novelist gave me the opportunity to create places for people from my life who are no longer walking in this land of reflected light, people I miss deeply, and whose spirits seem to walk more closely with me because of the new roles they are playing in my fiction.

Several are women who fought the good fight against breast cancer. I don’t use their real names — at least not entirely. Both of my grandmothers — known as Mrs. Shafer and Mrs. Ervy — are employed by the Plumkettle Learning Center as house mothers for Transition House, where all new refugee kids live until they find guardians.

Yuki, the castle’s art director, is based on my sister’s mother-in-law who, as a Hiroshima survivor, had much more to deal with than her breast cancer. My friend Dagmar appears as Dagmar Kiffle, the adaptive education resource instructor who teaches Abigail to use a computer with text-to-speech technology, Braille and a lot more. The real Dagmar was a low-vision therapist, so it’s not much of a leap to see her in this role.

Writing in a Bit of Revenge

On the other hand, there are people, especially from my childhood, who made my life miserable by either allowing or participating in bullying. There appeared to be no end to the enjoyment they received from tormenting a blind kid. They make perfect villains, and I enjoy trashing their reputations in print in ways that I never could have in real life. The beauty is that, if they ever read this, they will know it’s them, but saying so will just expose their guilt — not that that would be such a bad thing.

Though most of the plot is entirely fictitious, I incorporated at least a half dozen little incidents that happened to me in real life. Abigail’s experience at the World Boutique and the incident in the street when she was yelled at by a passing stranger both happened to me, though fortunately not in the same day. The prejudice she encounters when she tries to join the school’s newspaper staff was also part of my school experience, though I didn’t have as much help in confronting it or dealing with its impact.

The Best Thing About Writing

But, the questioner asked for “the best thing.” If I have to whittle it down to one overriding benefit, I must say that it is simply the possession of an outlet, an activity that allows me to make sense of the misery, explore the joy and simply view everything from a place that is both safe and challenging, a place where I can grow and, in doing so, create something to share.

Donna W. Hill is a writer, speaker, animal lover and avid knitter from Pennsylvania's Endless Mountains. Her first novel, The Heart of Applebutter Hill, is an adventure-mystery with excursions into fantasy for general audiences. Professionals in the fields of education and the arts have endorsed it as a diversity, inclusion and anti-bullying resource for junior high through college. A songwriter with three albums, Hill provided educational and motivational programs in the Greater Philadelphia area for fifteen years before moving to the mountains. Her essay, "Satori Green" appears in Richard Singer's Now, Embracing the Present Moment (2010, O-Books), and her cancer-survivor story is in Dawn Colclasure’s On the Wings of Pink Angels (2012). From 2009 through 2013, Hill was an online journalist for numerous publications, covering topics ranging from nature, health care and accessibility to music, knitting and chocolate. She is an experienced talk show guest and guest blogger and presents workshops about writing and her novel for school, university, community and business groups. The Heart of Applebutter Hill is available in print and e-versions at Amazon, B&N, Apple, Sony, Smashwords, Create Space and other outlets. It is also available through Bookshare for readers with print disabilities.
View all posts by Donna W. Hill →
This entry was posted in authors, Blindness, breast cancer, bullying, fantasy, novel, Uncategorized, Wrighting and tagged author, blindness, breast cancer, bullying, fantasy, Longreads, novel, writing. Bookmark the permalink.

3 Responses to Novel or Scrapbook: the Benefits of Being a Writer