Is Literacy Really for Everyone? – the Numbers Tell a Different Story 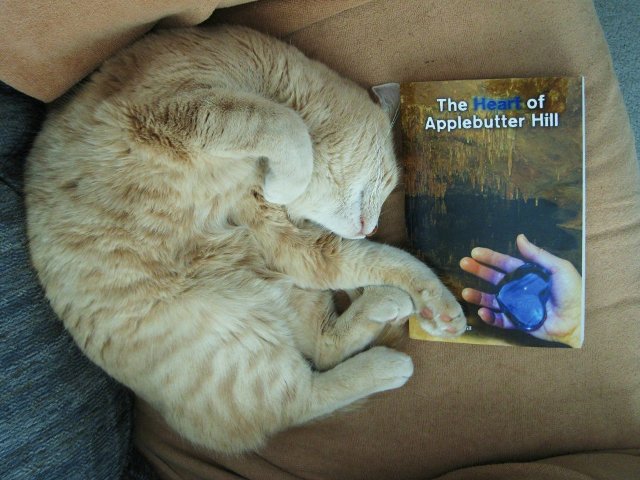 “They’re right! It is nice to snuggle up with a good book.” – photo by Rich Hill

Which minority has the greatest disparity between literacy, unemployment and income on the one hand and intellect, talent and willingness to work on the other? Why are a few of its members medical doctors, engineers, scientists and lawyers, while most have never had a fulltime job? The answer is otherwise able-bodied working-age blind Americans.

When I started developing my Libraries and Literacy page for this site, my intent was to thank some of the libraries who carry The Heart of Applebutter Hill. I collected photos from my library visits and quotes about literacy from famous people. As I proceeded, I realized that I couldn’t help looking into the disparity between the situation of blind Americans and that of the general population and how literacy and the availability of books in accessible formats impact that disparity. This post is based on my research. You will find links to sources cited in this article under the References heading at the end. 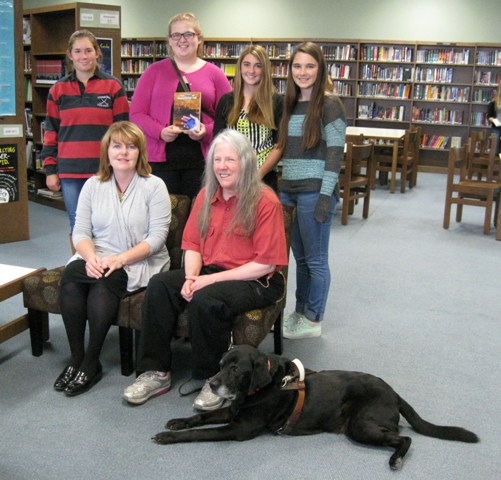 Literacy: What it is & What it Is Not 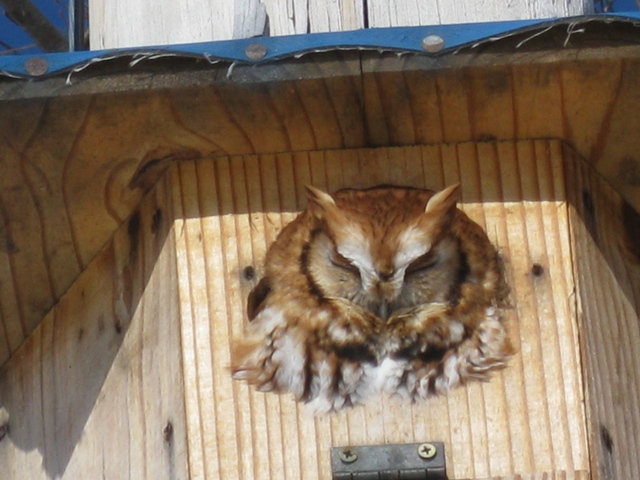 You Put up a Wood-Duck House, and what Do You Get? Sometimes …Screech Owls: photo by Rich Hill.

To understand what is happening to blind Americans, it is important to know what literacy is. It is commonly defined as the ability to read and write – a definition that raises more questions than it answers. What is reading? What is writing? To hone in on the essence of literacy, however, we need only look to its Middle English roots, which – according to Merriam-Webster – mean “marked with letters.” Literacy is an understanding of and fluency in language based on its primary building blocks – letters, punctuation and sentence structure.

The parents of a sighted child would be justifiably horrified and outraged if their child was denied education in reading and writing print. “Johnny is a wonderful listener. He doesn’t need print,” just doesn’t fly in the sighted world.

But, for a variety of reasons (most of which boil down to a lack of understanding and low expectations), blind children are routinely steered to audio learning. Recorded books and synthesized speech have their place in a blind person’s toolbox, and they are essential for the vast majority of students with print disabilities – sighted students with learning disabilities such as dyslexia. Nevertheless, Braille is the only alternative giving true literacy on a par with print.

Braille provides immediate access to the same information you see with your eyes. Punctuation, spelling, paragraph markings and other essential components of the written word are apparent through touch, as Braille is read just like they are through sight for print readers. Braille, which is now available in downloadable digital formats for high-tech refreshable Braille reading devices, is also the only option for people who are deaf and blind.

Here are a few numbers that demonstrate how literacy and access to books impact blind people.

Income and Poverty: Blind Americans are Twice as Likely to Live in Poverty

According to a CNN report on Census statistics for 2012, median household income for the American population as a whole was $51,017, and 15% were living in poverty.

The lost productivity in the US due to blindness and eye diseases is estimated to be $8.0 billion per year (National Braille Press – NBP).

Literacy: Blind Students are 3 Times More Likely to be Illiterate 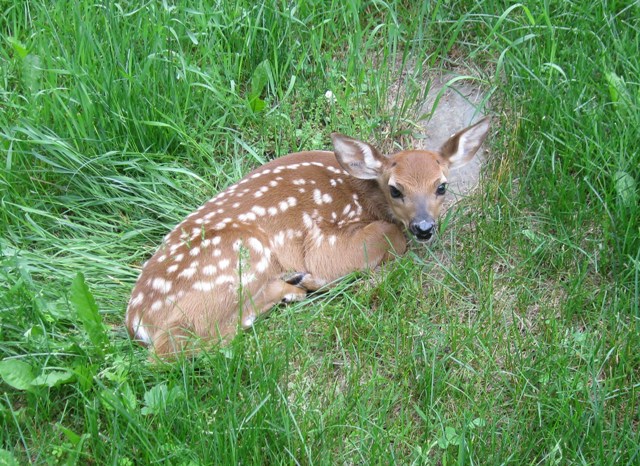 “Doesn’t every kid deserve a chance?” – photo by Rich Hill.

As you read this section, keep in mind that Of the less than 40% of blind American adults who are employed, 90% read Braille (NBP).

60,393 – Total number of blind American students in US – from the 2014 American Printing House for the Blind poll of states for data on the number of legally blind children (through age 21) enrolled in elementary and high school (NFB).

12 – Percentage of blind American students taught to read Braille; i.e. only 12% are even being given the chance to become truly literate (NBP).

Using the same standards applied to sighted students, no fewer than 88% of blind students are illiterate. In contrast, according to DoSomething.org, only 25% (one in four) American children grow up without being taught to read.

Books: What’s Available for Print Readers & What’s Accessible for Those with Print Disabilities

36 million – the approximate number of books and other print materials in the collection of the Library of Congress (according to LOC.gov) with 12,000 added daily.

80,000 – approximate number of titles available from Learning Ally – formerly Recording for the Blind & Dyslexic – the world’s largest library of human-narrated audiobooks, as of October 30, 2014 (according to a Learning Ally customer representative)

80,000 – books in audio format available through the National Library Service for the Blind & Physically Handicapped, a division of the Library of Congress (according to a November 3, 2014 email from NLS’s research department). This doesn’t include books in an older rigid disc format that seldom circulates anymore.

Note: NLS also has a Braille music collection of 22,775 titles, 4,892 audio recordings and 662 scores in large print. NLS provides professionally recorded books as downloads, on digital cartridge and (until the entire collection is digitized) cassette tape. Some books are available in hard copy and downloadable Braille and in large print. NLS chooses books based on the New York Times Bestsellers list and books with significant national press coverage. Regional NLS libraries record some titles with local interest. Borrowing from the NLS is free to all Americans with print disabilities.

According to the World Blind Union (WBU), over 90% of published books cannot be read by people who are blind or have other print disabilities. The World Health Organization (WHO) estimates that 39 million people worldwide, including 1.4 million children under 15, are irreversibly blind. This does not take into account the visually impaired and learning disabled populations for whom reading print is not possible. Only 320,000 people with visual impairments and other print disabilities in approximately 50 countries have access to Bookshare‘s collection. 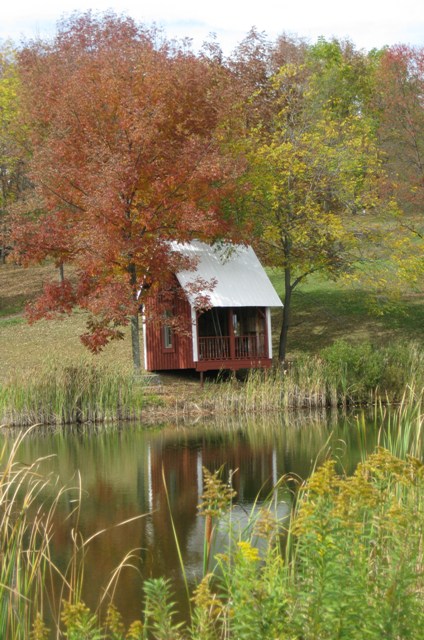 Send an email, make a phone call or write a letter to Support the Marrakesh Treaty

The Marrakesh Treaty is an effort to update international copyright laws pertaining to reading materials in accessible formats. Urge your national representatives and senators to ratify the Marrakesh Treaty which will facilitate access to published works for people with Print disabilities.

A project of WBU and the World Intellectual Property Organization (WIPO), it was Signed by 72 nations including the US in 2013. But, a “signed” treaty is just a piece of paper. It needs to be “ratified” by twenty nations to become international law. So far, only India and El Salvador have ratified it. (WBU & WIPO)

Spread the Word with The Heart of Applebutter Hill

Book cover for The Heart of Applebutter Hill by Donna W. Hill shows a cave scene – stalactites reflected in an underground lake, while a hand holds the Heartstone of Arden-Goth: photos, Rich Hill;, design, Lizza Studios.

Please purchase the educator-recommended novel The Heart of Applebutter Hill, which features a 14-year-old blind heroine, for your local public and school libraries and as gifts. Doing so will help in several ways.

The Heart of Applebutter Hill is available in print and Kindle from Amazon: http://www.amazon.com/books/dp/1483948226

Readers with Print Disabilities can find The Heart of Applebutter Hill on Bookshare: http://www.bookshare.org/browse/book/639304

Follow what’s going on worldwide in the struggle for accessible books by visiting the DAISY Consortium. The DAISY (Digitally Accessible Information SYstems) Consortium is a global group of organizations working towards creating the best way to read and publish. Read their awesome newsletter, The Daisy Planet: http://DAISY.org

Donna W. Hill is a writer, speaker, animal lover and avid knitter from Pennsylvania's Endless Mountains. Her first novel, The Heart of Applebutter Hill, is an adventure-mystery with excursions into fantasy for general audiences. Professionals in the fields of education and the arts have endorsed it as a diversity, inclusion and anti-bullying resource for junior high through college. A songwriter with three albums, Hill provided educational and motivational programs in the Greater Philadelphia area for fifteen years before moving to the mountains. Her essay, "Satori Green" appears in Richard Singer's Now, Embracing the Present Moment (2010, O-Books), and her cancer-survivor story is in Dawn Colclasure’s On the Wings of Pink Angels (2012). From 2009 through 2013, Hill was an online journalist for numerous publications, covering topics ranging from nature, health care and accessibility to music, knitting and chocolate. She is an experienced talk show guest and guest blogger and presents workshops about writing and her novel for school, university, community and business groups. The Heart of Applebutter Hill is available in print and e-versions at Amazon, B&N, Apple, Sony, Smashwords, Create Space and other outlets. It is also available through Bookshare for readers with print disabilities.
View all posts by Donna W. Hill →
This entry was posted in Accessibility, Blindness, Braille, Disability, Education, Libraries, Literacy, Print Disabilities, Visually Impaired and tagged accessible books, blindness, Braille, discrimination, education, libraries, literacy, Longreads, print disabilities, social justice, Visually impaired. Bookmark the permalink.

2 Responses to Is Literacy Really for Everyone? – the Numbers Tell a Different Story